When Does Asbestos Pose a Health Concern?

Want to scare a homeowner? Mention the word “asbestos.” It ranks right up there with “black mold” and “lead” on the list of words you don’t want to hear from a health inspector or home appraiser — but if you have it, you need to know. 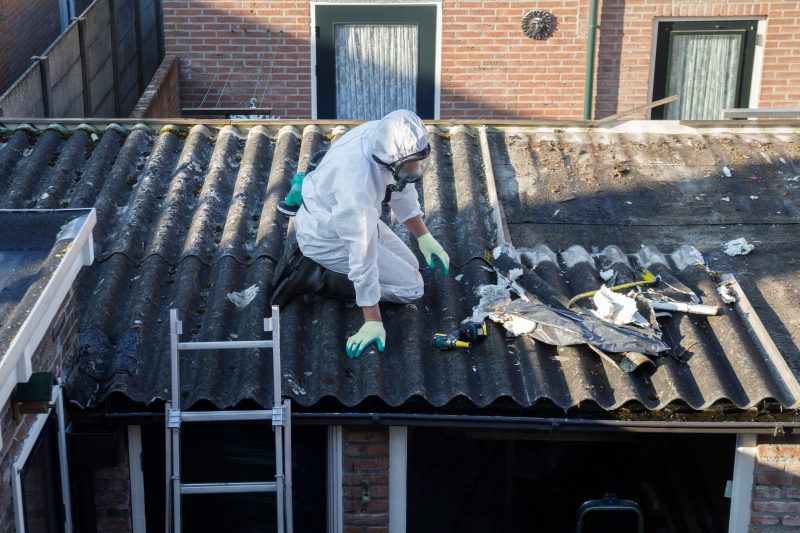 Research shows that asbestos-related diseases kill almost 40,000 people in the US every year. That includes:

Of course, not everyone has the same exposure risk. Asbestos-related deaths tend to be clustered around older buildings, industrial areas, and mining communities.

When Should I Worry About Asbestos?

If you or your loved ones live, work, or study in a building constructed before 1980, you have an increased risk of asbestos exposure. Several other factors also contribute to exposure risk.

Every state and region in the US has a different level of exposure risk, mostly related to where natural asbestos exposures have been disturbed or used. Overall, the states with the highest exposure risks are California, Maine, Maryland, and New Jersey.

There are areas of high risk scattered across other states as well. Three Illinois counties, for example, rank among the top 50 in the country for asbestos deaths in the early 2000s.

Exposure is particularly heightened near shipyards, oil refineries, and chemical plants, all of which have historically used asbestos for various purposes. If you think you or a loved one may have been exposed to asbestos, either at home or at work or school, check a list of exposures in Illinois.

Because asbestos was used for building and industrial purposes, professionals in those fields have the highest occupational exposures. Examples include:

Experts estimate that approximately one-third of all schools in the US contain asbestos. Some studies place the number even higher at two-thirds. That means 15 million children and 1.4 million school employees could be at risk.

The number is so high because almost half of the primary and secondary schools in the US were built between 1950 and 1969 before the government began regulating asbestos. The law requires all public schools to undergo regular asbestos inspections, but private schools and colleges aren’t covered.

Before 1975, asbestos was a standard ingredient in home fireproofing. Some of the most worrisome exposures are found in homes that have insulation that was installed before that date.

There is less concern about asbestos in homes built after the mid-70s, but the risk isn’t zero. Specifically, if you have vermiculite insulation that was installed before 1990, your home might be at risk. Vermiculite is a naturally occurring lightweight, fire-resistant material that was used in home insulation from 1919 through 1990.

Some asbestos can make its way into vermiculite insulation, which was often sold through the brand Zonolite. Homes with Zonolite insulation almost certainly have some degree of asbestos exposure.

Do I Have Asbestos in My Home?

If you have vermiculite insulation, it’s safe to assume that you have a higher risk of asbestos exposure. Take the time to look up your home insulation history, considering the attic as well as the walls.

Do I have Asbestos in My Ceiling?

Vermiculite insulation was particularly common as a home attic insulation. Even if you’ve had the insulation in your walls updated since the 90s, there might still be some Zonolite lurking in your ceiling.

Plenty of people don’t know exactly what their home insulation is made of. That’s completely understandable, especially if you or your family members have been living in the home for a while.

The most important thing is to not go poking around in your walls or ceiling to find out. Disturbance of asbestos can increase your risk of exposure, particularly if the potentially dangerous material was previously contained.

What Should I Do If I Suspect Asbestos?

Asbestos identification and removal is an important process. There are many safety precautions involved at all stages of the asbestos testing process, so it’s best left to the professionals.

At Asbestos Project Management, we’ve specialized in asbestos testing and treatment for close to 30 years. We offer 24-hour emergency response and free estimates. Most importantly, we’re committed to keeping your family safe. Give us a call today and schedule your asbestos removal appointment.

Back To Blog
Free Estimate